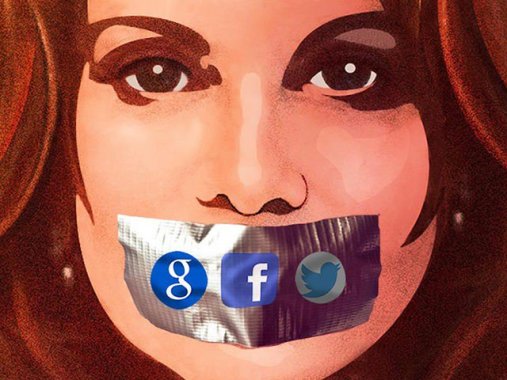 The removal of Alex Jones content from all the various mediums is still sending shockwaves throughout the free world. It turns out there are indeed limits to free speech on the internet even when you are obeying all the relevant laws.

So while Alex Jones effective ban from most of the mainstream internet platforms is perfectly legal, it very clearly goes against the spirit of the first amendment and the very concept of free speech that many Americans hold extremely close to their heart.

According to a Pew research poll done in September 2017 a large majority of Americans under 50 now gets their news from the internet, rather than the TV and that number is growing by the day. Going into the future, people are going to increasingly get their news and current events information from the internet that is why it is so important to protect it from censorship.

Political extremists would love nothing more than to silence their harshest critics, removing them from the World Wide Web entirely and effectively kneecapping their movements in one fell swoop.

There are those who are celebrating the removal of Alex Jones’s content from most of the mainstream platforms, but they don’t realize the censorship Rubicon has been crossed. The leadership in charge of companies like Facebook and YouTube that define the modern internet, now have the power to decide who’s content survives an ideological purge and who’s doesn’t.

No one knows what the next Facebook will be and who will control it, but one thing is certain that person will have an almost unimaginable amount of power.

Peterson’s speaking engagements are often protested and condemned by political extremists that believe that his pro free speech platform is somehow akin to a rerun of National Socialism in 1930’s Germany.

He is routinely accused of being part of the alt right and is frequently labelled a Nazi simply for disagreeing with those on the militant left. The disagreement is on issues that most people consider to be on the political fringe, such as compelling individuals to use new gender pronouns.

The militant left trying to classify Peterson as a Nazi is an attempt to not only censor his message but remove him from the debate entirely. They have no real counter to his arguments so instead of attempting to debate his message they simply try to knock him out of the discussion entirely.

On the face of it Jordan Peterson and Alex Jones have nothing in common; Peterson is a well centered academic preaching a message of responsibility and self-improvement. Jones on the other hand is off the deep end at times, ranting recently about the Psychic Vampire conspiracy and the Inter-Dimensional war on Joe Rogan’s podcast.

What they do have in common is that there are those on the extreme political fringe, who would love to remove both of them from the political and social debate for their apparent sins against their personal sensibilities.

By silencing Alex Jones we take a step towards a terrible outcome, censorship of the only completely free medium we have ever had in the history of humanity.  This censorship will start slowly like most steps to shut down debate and censure free speech.

Today its people like Alex Jones, but who will it be tomorrow?